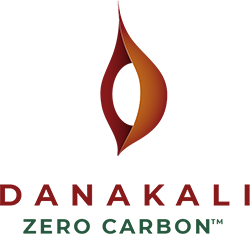 Climate change is one of the most pervasive and threatening issues of our time, with far-reaching impacts in the twenty-first century. Human and ecological systems rely on soil to provide water and nutrients for plant growth, the regulation of the water cycle, and carbon storage. Climate change and its impacts — temperature increases, changing precipitation patterns, floods, droughts — will affect us and affect how soil provides these services. Importantly soil is a significant factor in tackling climate change as it is the second-largest carbon pool after the oceans. 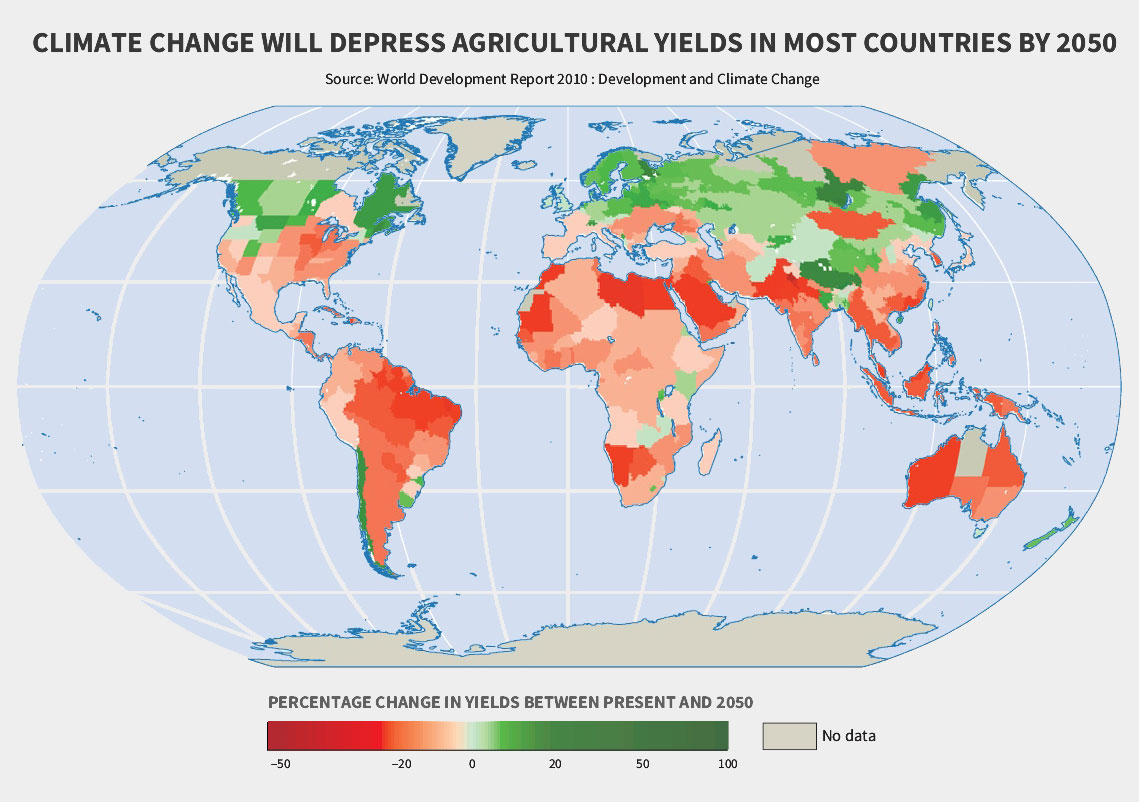 The great trade-off…or is it?

Under optimistic lower-end projections of temperature rise, climate change may reduce crop yields by 10 to 20 per cent, while the increased incidence of droughts and floods may lead to a sharp increase in prices of some of the leading food crops by the 2050s. Also, the world is still facing the challenge of ensuring food security under changing climate conditions. The Food and Agriculture Organization (FAO) estimates that nearly 690 million people are hungry, or 8.9 per cent of the world population – up by 10 million people in one year and by nearly 60 million in five years.

On a first look, achieving food security is impossible without weakening climate change mitigation efforts. Agriculture and land-use change currently account for about one-third of total greenhouse gas (GHG) emissions. Production increases are also often tied to expansion of arable land at the expense of forests peatlands, wetlands, and grasslands, all of which are important carbon sinks that take carbon dioxide and store it as carbon biomass soils. For example, between the 1980 and 2000, out of 100 million hectares of new cropland created across the tropics, over half was created through deforestation, thus effectively halving the tropical zone’s carbon-capturing potential.

The seeming trade-off can be avoided by adopting a more sustainable agricultural intensification approach, leveraging improved land management practices that reduce agricultural emissions and sequester carbon while improving the livelihoods of farmers, especially in developing countries. But what role for the sulphate of potash (SOP)? Well, it seems that SOP might be an element to support climate-smart agriculture and here is why…

Oscillations in the occurrence and intensity of precipitation patterns influence plant nutrients’ availability in the soil. For example, increasing temperature and less rainfall can cause a change in soil water availability. This means the plants have less capability to absorb and transport nutrients from the soil. On the other side, a high level of rainfall associated with changing weather patterns can lead to nutrient leaching and loss from the soil profile. Both occurrences can potentially cause catastrophic effects on yields, especially in areas that already have low-potassium soil content. Farmers fail to replace nutrients that are being removed with each harvest. For example, the most significant annual potassium losses (20–50 kg/ha) occur in the highlands and sub-humid areas of East Africa, a region with great potential for crop production, high population densities, and increasingly felt impacts of adverse climate change effects.

Now, nutrient acquisition is closely associated with overall biomass and strongly influenced by a plant’s root surface area. High Potassium (K) content in sulphate of potash, when correctly applied, allows the development of robust plant root systems and increases total biomass productivity. Because of this, plant can compete more effectively for soil nutrients. Moreover, the higher supply of K will increase the root:shoot ratio and increase the absolute root weights and CO2 sequestration.

Due to rich K content, SOP also plays a vital role in increasing crop resilience to stress ties weather patterns change – extreme temperatures, flooding and drought, to mention just some. Among these, perhaps the most critical challenge is growers are likely to face are increasing aridity and drought conditions. Increasing aridity is expected in vast areas of the world due to climate change, which means that SOP could be essential for securing the plants’ improved water efficiency. Potassium regulates the opening and closing of the stomata. These are the tiny apertures on leaves, mainly found on the underside. The stomata allow the movement of carbon dioxide into the plant and release oxygen and the loss of water vapour.

When water supply is short, potassium is moved out of the cells, resulting in water movement out and closing the stomata to prevent water loss to the atmosphere. If potassium levels within the plant are low, the stomata become slow to respond, and they do not close as quickly resulting in the loss of water vapour and a reduced photosynthetic rate. As a result, plants with an insufficient potassium supply are more susceptible to water stress.

The low-chloride content also means SOP is also capable of taking on climate-change-related increase in soil salinity. As sea levels rise, low-lying coastal areas are increasingly being inundated with saltwater, gradually contaminating the soil. These salts can be dissipated by rainfall, but climate change is also increasing the frequency and severity of extreme weather events, including droughts and heatwaves. This leads to more intensive use of groundwater for drinking and irrigation, which further depletes the water table and allows even more salt to leach into soil. In such circumstances, both the low-chloride content and potassium’s mentioned importance for plant water efficiency make SOP an ideal choice to secure adequate yields.

The high potassium content means SOP can also support recovery of water-logged plants in case of floods – due to K influence on osmosis and turgor pressure, and cell wall construction. Potassium can also improve plant frost tolerance because it promotes a high concentration of sugars in cells, lowering the freezing point of saps.

Finally, SOP is intended for water-efficient and precise agriculture systems, including fertigation and foliar application, using soluble fertiliser to deliver nutrients to the root zone more precisely and timely. Taken together with notable contribution to crop quality and yield, this means that SOP will be an essential ingredient in climate-smart agriculture in years ahead of us.